University Leaders Discuss the Challenges of the 21st Century 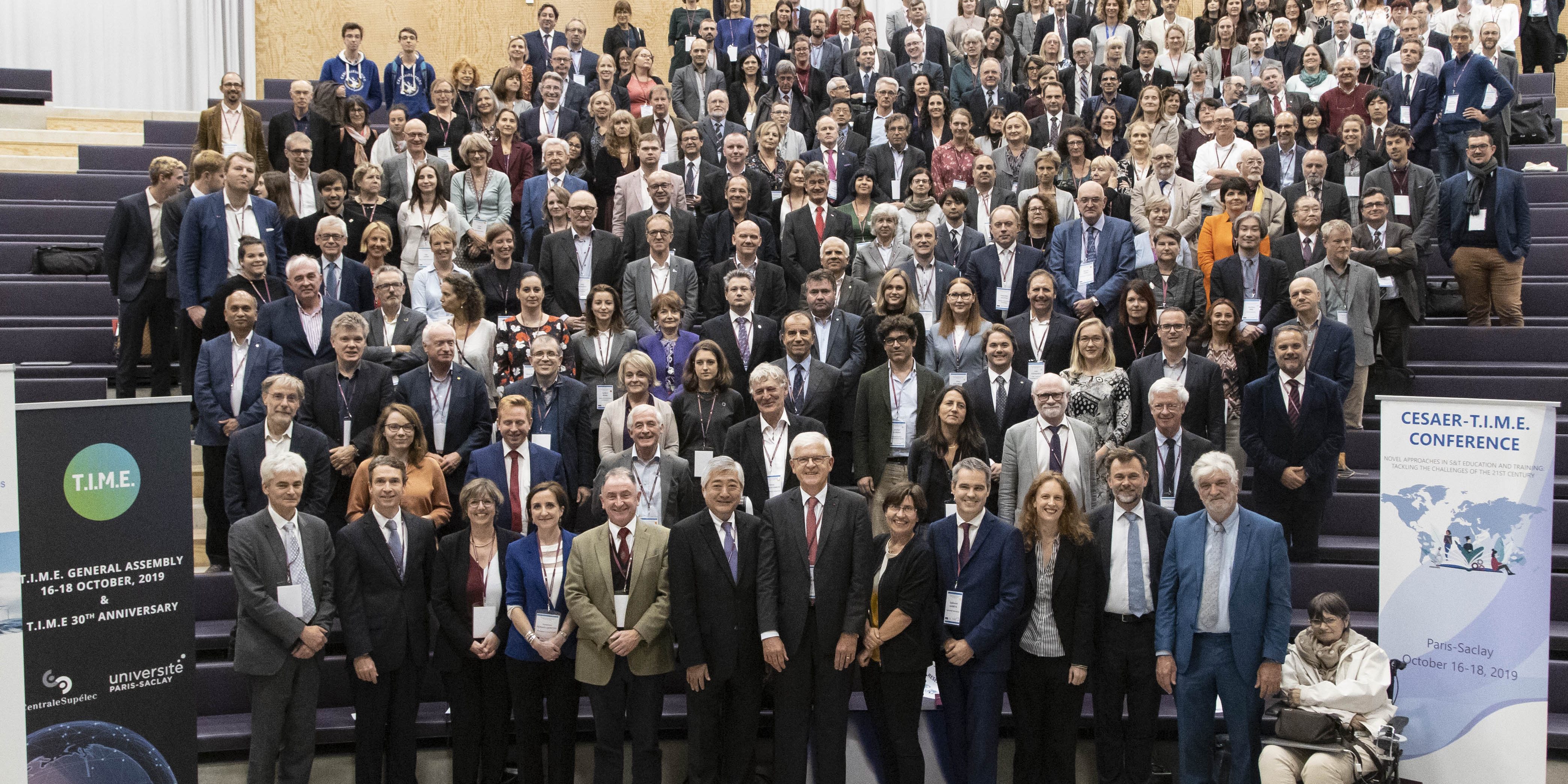 Leaders representing 86 leading universities of Science and Technology (S&T) from 33 countries on four continents have gathered in Paris-Saclay to address the challenges of S&T education and training in the 21st century.

About 300 participants are united by the parallel annual meetings of the CESAER and T.I.M.E. associations kindly hosted by Université Paris-Saclay and CentraleSupélec.

The central theme is the novel approaches in education and training required to tackle the societal challenges of the 21st Century, such as climate change and ensuring citizens’ health, wellbeing and security.

The meeting of both associations in parallel allows universities to make strategic international collaborations and partnerships, strengthens academic networks, facilitates exchanges of best practices, and create new connections among students and staff alike.

At a time when democracy and academic freedom of thought are threatened across the world by trends such as nationalism and alternative facts, we stand together as a global community of universities of S&T committed to developing the human capital needed to embrace the challenges and opportunities of our time.

“We are committed to tackle seven societal challenges—such as energy transition, climate and environment, the import of digital transformation and AI, or industry renewal—that are also reflected on national and European levels.”

Sir Jim McDonald, President of CESAER stated: “It is a great pleasure to be hosted by the Université Paris-Saclay and to hold our annual conference in parallel with the T.I.M.E. Association, and congratulate them on their 30th anniversary.

“The collaboration and engagement of the Higher Education system across Europe is vital in addressing such 21st century challenges as climate change.

“The power, contributions and impact of 52 universities of science and technology combined with the inventiveness of students and staff can be a major factor in achieving the societal change we need.”

Gérard Degrez, President of T.I.M.E. added “Educating engineers and more generally people in international education is the best investment for a peaceful world.”

CESAER – the strong and united voice of universities of S&T in Europe – is the European association of leading specialised and comprehensive universities of science and technology that champion excellence in higher education, training, research and innovation.

The main purpose of T.I.M.E. is to facilitate the exchange of students for Double Master Degrees in Engineering. T.I.M.E. has always believed that the Double Master Degree, involving prolonged study abroad, full integration in the host institution, learning other languages and becoming qualified in a second country, is the best way to educate the engineers an international job market needs.

Latest posts on the T.I.M.E. website
Go to Top